Methadone Take Home Privileges – What You Need to Know 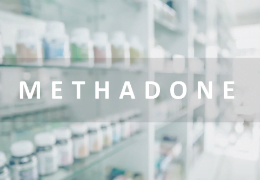 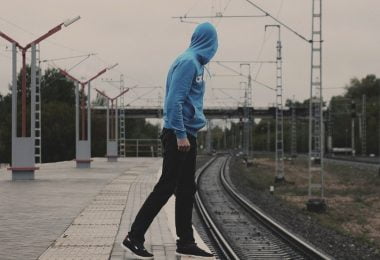 Methadone’s Effectiveness in the Treatment of Fentanyl Addiction 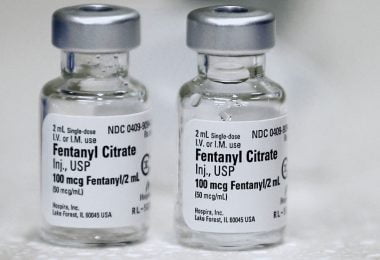 Is Overprescription of Opioids to Blame for the Opioid Epidemic? 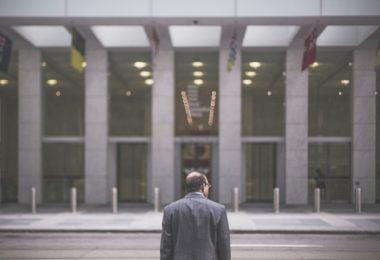 Why Is Mindfulness Important? How Mindfulness Meditation Can Help You Beat Opioid Addiction 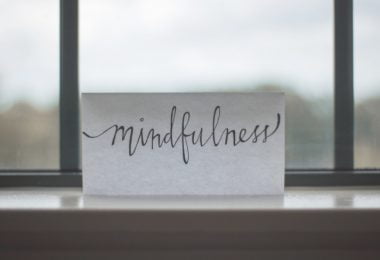 On Watch: How to Spot Opioid & Opiate Addiction Symptoms 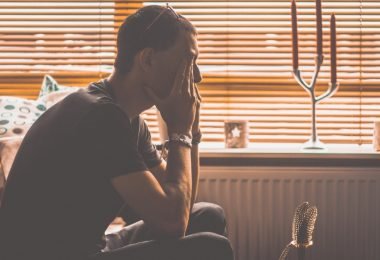 This Is Your Brain on Opioids: Your Complete Guide to Opioid Effects on the Brain 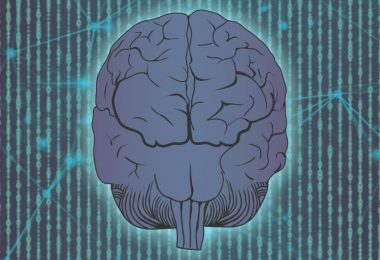 Methadone Near Me » Opioid Addiction and Methadone as a Treatment Option

Category - Opioid Addiction and Methadone as a Treatment Option

Understanding and Treating the Opioid Epidemic

The U.S. has declared a state of emergency over the current rate of overdose deaths associated with heroin and opioid addiction. Overdose is currently the number one reason for accidental deaths in the US.

This is an alarming statistic and one that has the left the nation searching for an answer to the addiction problem. Many states are losing entire generations to the opioid epidemic, and communities are attempting to overhaul their rehab programs and treatment options available to those suffering from this disease.

The American Psychiatry Association defines addiction as, “a complex condition, a brain disease that is manifested by compulsive substance use despite harmful consequence.”

People who have an addiction are not weak; addiction is not a choice that somebody consciously makes. Far too many social stigmas surround this disease, making it even more difficult for those suffering from it to seek help.

This is a disorder that centers on compulsion. This means that people who have an addiction will seek out their drug of choice regardless of negative consequences. They may understand that a substance is illegal, but this won’t stop them from purchasing and using it.

Physical addiction to opioids leads to severe withdrawal symptoms. This happens when chemicals in the brain become dependent on opioids like prescription painkillers and heroin to stimulate pleasure centers.

The body stops creating certain chemicals and becomes completely dependent on the drugs to create those feelings of euphoria; before long, the person is dependent on opioids to feel normal. As soon as the drug start to fade from the body, they experience intense physical pain and a myriad of other unpleasant symptoms.

It’s these withdrawal symptoms that often keep opioid-addicted people coming back, regardless of how badly their addiction has damaged their lives. In some instances, withdrawals can become physically dangerous, sometimes even fatal, after prolonged dependence on a drug.

This is why it’s important to seek out professional help prior to attempting any sort of independent detox.

The Effects of Opioids

Opioids mimic natural chemicals within your body. As in opioid is metabolized, it binds to opioid receptors and releases feelings of pleasure and euphoria. This can make someone feel as if everything is all right and release extreme feelings of contentment.

Unfortunately, this is a false feeling. Prolonged use of opioids and related drugs can cause a person to stop following through with their commitments and to neglect their friends and family. The release of chemicals associated with our bodies reward system will become more important than anything else in life.

Many people continue to use drugs and alcohol in an effort to avoid the serious withdrawal symptoms. For people addicted to opioids like heroin or Fentanyl, these withdrawals can start within a matter of hours after their last use of the drug.

Withdrawal Symptoms can include (but aren’t limited to):

For some, opioid addiction may start with a legitimate prescription. Doctors often prescribe narcotic painkillers, like hydrocodone and oxycodone, for those suffering from acute or chronic pain. Once the need for this medication has ended, some people find that they’ve become physically or mentally addicted to the drug.

When they are no longer able to get the drug via prescription, some people will turn to illegal methods of supplementing their addiction. Others may feel that they suffer from continued pain and make an attempt to self-medicate but find that they become addicted to medications instead.

This is another example of why it’s important to seek out the help of a medical professional before the disease reaches this point.

There are several different methods for treating addiction to opioids and other drugs. Opioid addiction treatment requires a facility that really understands withdrawal symptoms, and what the addicted individual is going through during detox.

Many people who suffer from an addiction to heroin or other opioid’s will require a fully functional medical facility that’s able to monitor them while the drug leaves their bodies. This is the best way to deal with things like seizures or unforeseen consequences from a sudden stop in drug use.

If the withdrawals become too much to handle, they will often relapse and turn back to drug use. Developing an understanding of opioid addiction and Methadone as a treatment option has improved things for many. This has led to the use of certain medications like Methadone and Suboxone to manage to the withdrawal symptoms, and to allow the addict to free themselves of their addiction to illegal drugs as painlessly as possible.

Inpatient treatment facilities are generally the best option for those suffering from an addiction to opioids. These are residential programs that can allow someone to learn to restructure their life without using drugs and alcohol.

Addiction is a disease that impacts the entire family, and this leads to a need for a wider range of therapies. Being in an inpatient facility allows the individual suffering from addict to develop new and better coping mechanisms for the stresses that they’re going to face when they’re released.

They are able to slowly reintegrate themselves into society with the help of trained therapists and ongoing counseling. Some people find that an outpatient facility is beneficial when leaving inpatient treatment. This is a program that still provides many of the same therapies but allows the addict to go home at the end of each day.

Each and every addict experiences this disease in an extremely personal way; no two people will require the same type of treatment to achieve sobriety. Different combinations will work best for different people. Addiction professionals understand this and can customize your treatment plan to accommodate your specific needs.

Developing a strong support network is imperative when trying to stay free of drugs and alcohol. Many addicted individuals discover that they need to completely reorganize their lives away from users that they thought were their friends.

They discovered that they need to change everything from who they associated with to the places where they enjoyed spending time. For some, this is a small price to pay for living a sober and happier life.

Medications like Methadone and Suboxone (among others) have been used for decades to help those suffering from prolonged opioid addiction to stop their illegal drug use while avoiding the worst of the withdrawal symptoms.

These medications can only be prescribed by a licensed physician who is fully apprised of the addicted person’s history with drugs and alcohol. The majority of patients taking these medications will need to participate in a medication-assisted treatment (MAT) program.

Methadone works by binding to many of the opioid receptors that are used to receiving their chemical cues from other illegal drugs. This stops the symptoms from withdrawals, and also prevents the addict from getting the same type of high if they should try to use illegal drugs again.

The only way that a MAT program can effectively work is if the person suffering from addiction is absolutely willing to participate in every aspect of it. Some people have attempted to abuse drugs like methadone and Suboxone in the past, and lost access to them for their treatment.

The goal of medication created to assist in treating addiction is to help the addict to eventually become completely free of any chemical dependency. They will start out at a certain dosage, and slowly be weaned off of the methadone or other medication as their body becomes accustomed to the levels of the drug.

This acts as a deterrent for withdrawal symptoms and stops the addict from feeling the extreme urge to seek out illegal opioids. For many who are unable to quit without facing strong drug cravings or constant triggers, this method has been proven highly effective.

More communities are working to create these programs and to make them accessible to addicts who would benefit from them.

The relapse rate for many suffering from an addiction to heroin or other strong opioids still sits between 60 and 90%. This may seem like a bleak number, but relapse does not equate to failure. It’s important to remember that a relapse can be considered a normal part of the recovery process.

As long as the person suffering from addiction is willing to be honest about their drug use, and to constantly seek help when they backslide, there is hope for them to live a sober and productive life. Drug use doesn’t have to be a death sentence, and there are professionals willing and ready to help.

The most important thing that a person suffering from addiction can do is recognize that they have a problem and reach out for help. No one can force an addict to get sober or to understand the way that their problem has impacted their life.

Someone suffering from this disease must recognize the negative implications for themselves, and be prepared to take the first step on their journey to a better life. 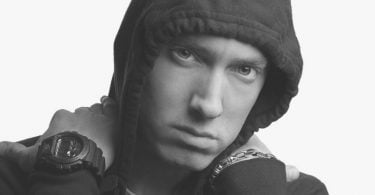 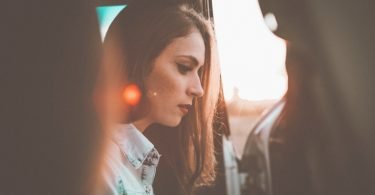 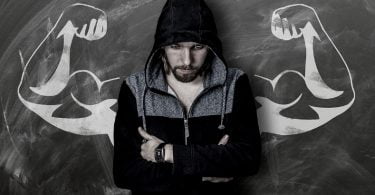 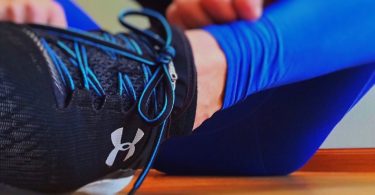 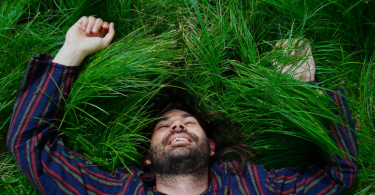 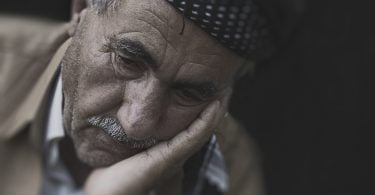 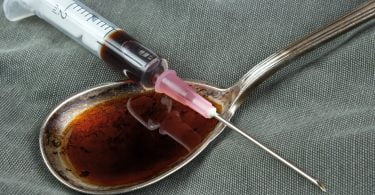 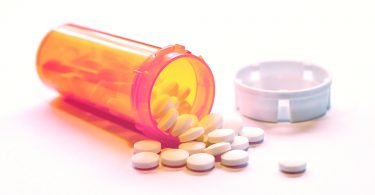 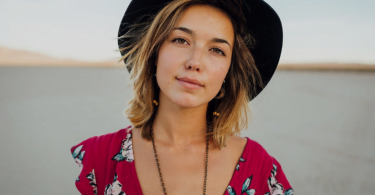