Methadone Near Me » Why Do People Do Heroin? (8 Things You Should Know) 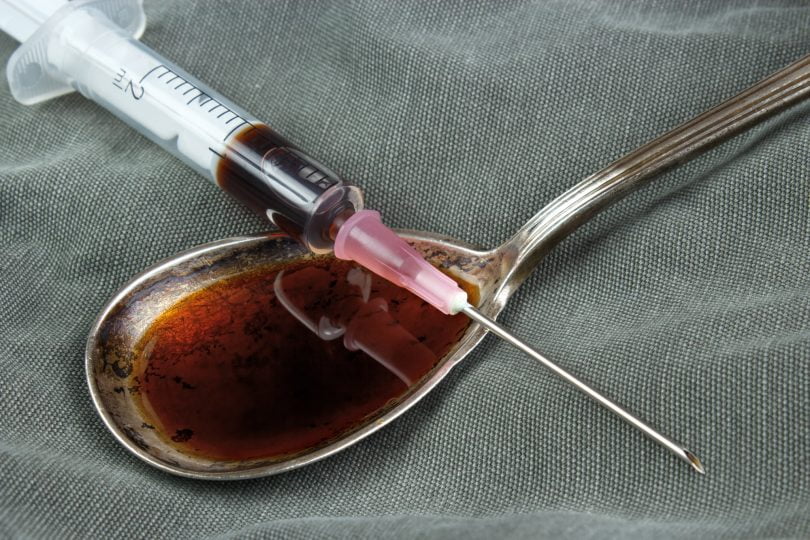 Nearly one million people reported using heroin in 2016, in the U.S. That number only rose in the two years since.

This sharp rise in drug use is called the opioid epidemic. It claimed 15,500 lives in 2016 and lawmakers recently began making efforts to control it. Yet, it’ll take time for changes to take effect.

Most new laws target pharmaceutical companies. In the 1990s, they convinced medical professionals to over-prescribe their pain medication.

After that, overdose deaths began to rise and so did substance abuse rates.

It can be hard not to ask, “why do people do heroin in the first place?” Surely, with so much risk around it, people wouldn’t want to pick up a needle.

There are many reasons why people do drugs. Keep reading to learn a few.

There is a lot of media coverage on opioids and drugs in general. It is only natural to want to be curious about them. However, it is different to take the next step and actually try them.

People disregard the dangers associated with hard drug use. The highs they provide seem more valuable than the harm they could cause.

People may also be looking to get in touch with themselves. Drugs provide an altered state of mind. That means people wanting to explore their personality may use drugs to get more insight into their identities.

There are healthier ways to do both those things, however. Simply reading up on drug use provides a clear picture of what it is like. A simple conversation with friends can reveal a lot about one’s own identity as well.

2. To Feel Better About Themselves

Drugs, in general, attract people who feel dissatisfied with their lives. Without something or someone to work for, people may turn to other kinds of fulfillment.

The truth is that drugs make the problem worse, though. While using heroin may make things feel better for a night, there is always the next morning. People wake up with the same unsolved problems and turn back to drugs to escape them.

Addiction is a biological condition. The brain can become dependent on the chemicals people use. This dependency results in compulsive behavior.

It means addicted people will seek out drugs regardless of the negative consequences. The drug actually becomes a part of the person’s normal brain chemistry. Escaping that is not easy.

Luckily, there are treatments which alleviate that dependency. Methadone treatment is one of these treatments. It gives people a similar chemical to heroin, but in moderated dosages.

These dosages gradually decrease until the brain learns to compensate without them.

Drug users often have drug user friends. It is not uncommon for drug users to find themselves at parties or with other people using drugs.

It can be hard to escape crowds like this, too. Leaving them means abandoning deeply held friendships. Drug users tend to go through a lot together, and their bonds are tight.

The only way to pull someone out of that crowd is to be a better friend than their other ones. It doesn’t mean all hope is lost, though.

5. To Feel Better About Their Lives

Most drug users aren’t fulfilled in their lives. They turn to drugs to fill a hole left by their career or issues with their family. Whatever the reason, people usually use drugs to compensate for something else.

The silver lining here is that these issues are solvable through things other than drugs. All it takes is work, and usually, someone to lend a helping hand. Once the problem that led them to drug use is solved, so will their drug habits.

Sometimes, people use drugs and heroin just to feel happy. One in four people will have a mental disorder at some point in their lives. It’s always best to talk to a professional if someone is mentally distressed. Sometimes though, people choose to self-medicate.

Drugs and heroin, in particular, give a sense of euphoria. The high comes quickly and is incredibly intense. It’s described as something that makes life worthwhile and peaceful.

Unfortunately, this is not true happiness. True happiness does not come from a needle – it comes from work finding and maintaining it.

7. Because Drug Abuse Runs in the Family

Many people pick up the habits of their families. If drug abuse is prevalent in someone’s home growing up, then it will be common when they are grown. It normalizes, which makes it especially dangerous.

The full consequences of drug abuse aren’t fully understood in situations like these. It’s just another part of life, like eating dinner or going to work. The only way to break the habit is to understand it isn’t normal, and it certainly isn’t healthy.

Finally, sometimes people are driven to drug use to feel less lonely. Despite the dangers of drug use, there is still a community around it. Users have to get to know dealers, and sometimes they mistake their dealers as their friends.

To help people who use drugs to combat loneliness is to just be there for them. It may not be evident at first, but consistently having their back gives them a reason to stop using. It tells them that they aren’t alone.

There is No Simple Question to Why Do People Do Heroin

No two people are the same. People can turn to drugs for a variety of reasons, including the ones listed here.

The best way to find out why someone uses drugs is just to ask them. Asking them why they use heroin can help open an honest conversation. That is the first step towards recovery.

The next time you’re wondering, “Why do people do heroin?” remember that the reasons vary widely. The drugs themselves are seldom ever the reason, though.

If you need any more information on why people use heroin, we have covered addiction articles you can read.

And if you’re a user who thinks they’re ready to recover, some people want to help. Reach out to someone, and they will help.

[1] National Institute on Drug Abuse. (n.d.). What is the scope of heroin use in the United States? Retrieved from https://www.drugabuse.gov/publications/research-reports/heroin/scope-heroin-use-in-united-states

[3] What is the U.S. Opioid Epidemic? (2017, December 4). Retrieved from https://www.hhs.gov/opioids/about-the-epidemic/index.html