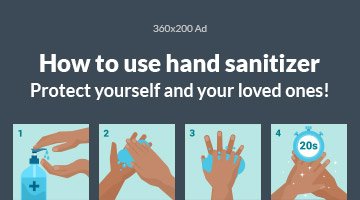 Everything You Need to Know About the Opioid Epidemic

The death toll from drugs is rising faster than ever. Recently, the President of the United States of America has declared the opioid epidemic a national emergency.

Every day, more than 115 people die in the U.S. after an opioid overdose. This is a serious national crisis.

You might be wondering how we got here, what is going on now, and how we can get better.

Here’s what you need to know about our current opioid epidemic.

What Is an Opioid?

Opioids are powerful painkillers and are debilitatingly addictive, but why are opioids addictive?

It’s an addictive narcotic found in a certain kind of poppy and has been used for thousands of years.

People created a whole list of other drugs with properties similar. Morphine was first, followed by heroin. Now, we create prescription painkillers like Vicodin, Percocet, and OxyContin.

These medications are known as opiates.

There are also a handful of things that act like opiates but aren’t made from the plant. They’re considered synthetics.

Together, opiates and their synthetic counterparts like methadone and fentanyl, create a category called opioids.

How Did We Get Here?

In the tail end of the 1990s, we were reassured over and over again that patients wouldn’t become addicted to prescription opioid pain relievers. Pharmaceutical companies told us repeatedly that this wouldn’t be an issue.

This caused healthcare providers to prescribe them at an increased rate. Afterward, we saw a widespread misuse of these medications.

It took a while before it came clear to us that these medications were highly addictive. The rates of overdose started to increase.

Fast forward to 2015 over 33,000 Americans died from an opioid overdose from prescription opioids, heroin, and fentanyl, a synthetic opioid.

How Bad Is It?

The opioid epidemic is the deadliest drug issue in American history. This is currently the leading cause of death for people under the age of fifty, and that number is rising faster than ever.

Overdoses killed more people in the last year than guns or car accidents. They’re also set to overtake the H.I.V. epidemic in its peak.

There’s an emphasis on overdose here, but only because it’s more visible than addiction and abuse is.

More than 97 million people took prescription painkillers in 2015 and only 12 million of those were told to do so by a doctor.

Both prescription painkillers and heroin play a part in our current opioid epidemic.

It has its roots in the overprescription of opioid painkillers, but prescription opioid deaths have leveled off since 2011.

However, heroin and fentanyl deaths are on the rise and moving fast.

In Rhode Island, Pennsylvania, and Massachusetts, the drug crisis is particularly severe. Gentalyn is involved in over half of all the overdose fatalities that take place there.

Where Is the Problem the Worst?

There’s a lot of variation in the rate of drug deaths. The highest rates are in cluster throughout places like Appalachia, the Rust Belt, and in New England.

The reasons for these differences aren’t exactly easy to find. In some places, the ways people use drugs are dangerous. Taking heroin via injection is more dangerous than smoking it.

But it’s clear that wherever fentanyl is present, the death toll goes way up.

Fentanyl is a highly potent opioid. They look like prescription painkillers and they can hurt both heroin users and pill users alike.

Why Is it Getting Worse?

This addiction goes back centuries, but the current crisis started in the 80s.

Influential journals told doctors to relax when it came to prescribing opioids for chronic pain. The pharmaceutical industry noticed, and soon started to market OxyContin aggressively and fraudulently.

Combining this with a focus on satisfying a patient and eliminating pain, is increasing the way doctors give out prescription narcotics.

Over the next decade, more people became addicted to drugs. Many people started with pills for legitimate pain and devolved into a heroin addiction. Heroin became less expensive.

In 2014, fentanyl came into play in large amounts and changed everything.

Synthetic opioids like Fentanyl are not derived from the plant. It’s used for surgical anesthesia and prescribed for pain, but most of the fentanyl you find on the streets is illicitly manufactured.

Fentanyl is easy to mix with other drugs, which is how most people experience exposure to it. It can look like powdered heroin or used to make fake pills.

IT’s very potent, so its supply is small and hard to stop or control.

Why Do People Use Fentanyl?

Fentanyl is easy to get and more profitable to sell. Because of this, dealers want to sell it.

Most people who face exposure to fentanyl do not do so purposely. It’s hard to know what’s in the drugs that they are buying.

Can We Stop Prescribing Opioids?

Absolutely not. Opioids are a vital part of modern medicine. They have drastically improved the quality of life for people, especially cancer patients and those with acute pain.

Because of the opioid epidemic, people who need this medication are finding it more difficult to fill their prescriptions. The medications are under heavy control.

What Can We Do?

There is no one thing that can stop this epidemic. It will take many solutions combined.

Trying to figure out what to do takes an examination of our priorities. What will be the most effective and efficient? How should we use our resources?

Officials want to use drug monitoring programs to lower the supply of prescription pain meds that people are using recreationally. Experts say we need to change the way the medical world deals with pain.

It’s important to stress how important having access to treatment for those addicted is. That means we need to go to where people are and help them, not wait for them to help themselves.

Addiction treatment doesn’t mean counseling or clinics. The most effective treatment for opioid addiction requires medications like methadone or buprenorphine.

While we wait for this issue to change, we need a widespread distribution of naloxone. Naloxone is an overdose antidote and it can save lives in serious situations.

There just isn’t enough agreement on how we can change things to help.

The US now considers the opioid epidemic a national emergency. This could help ease the current crisis we are in.

In the meantime, if you or a loved one are suffering from opioid addiction, know that you are not alone. If you need resources or information on methadone, please visit our site or contact us today by calling (855) 976-2092. 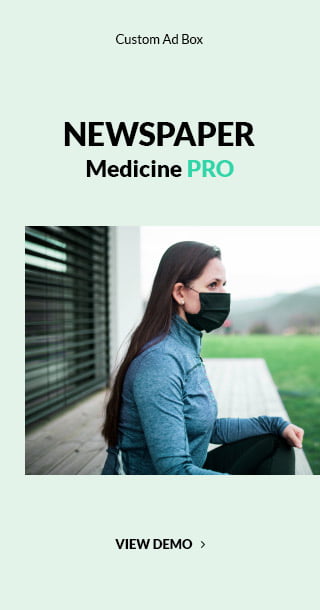